Meet the jury members of BalticBest 2021

Marketing and advertising competition BalticBest will take place on 25th of August in an online format. We are delighted to introduce you the jury members. 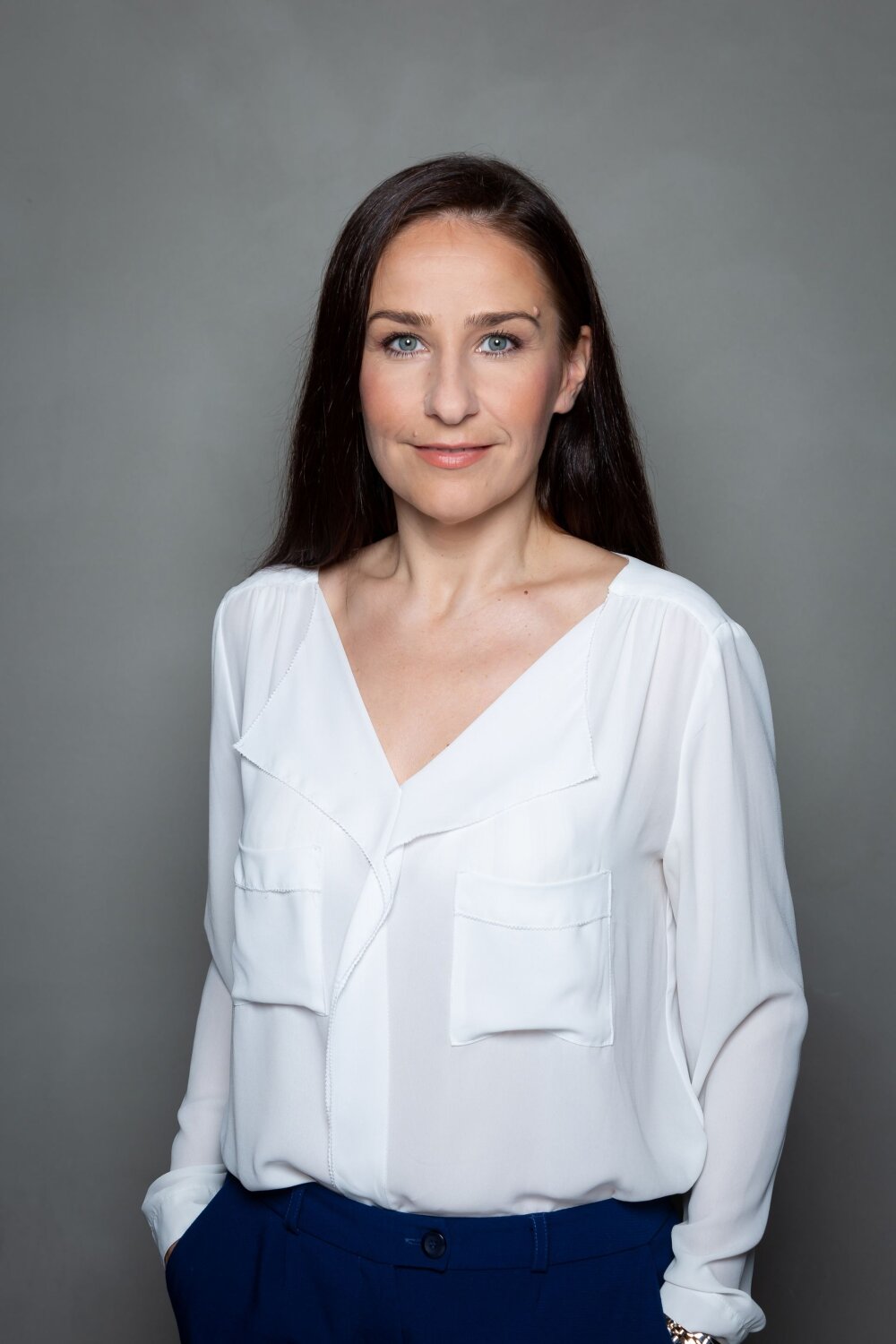 Olga Peresild is the CEO of Mediacom Estonia. She has worked in the same agency in various positions for over 17 years.

Olga has M.A, degree in marketing from the University of Mississippi (USA). 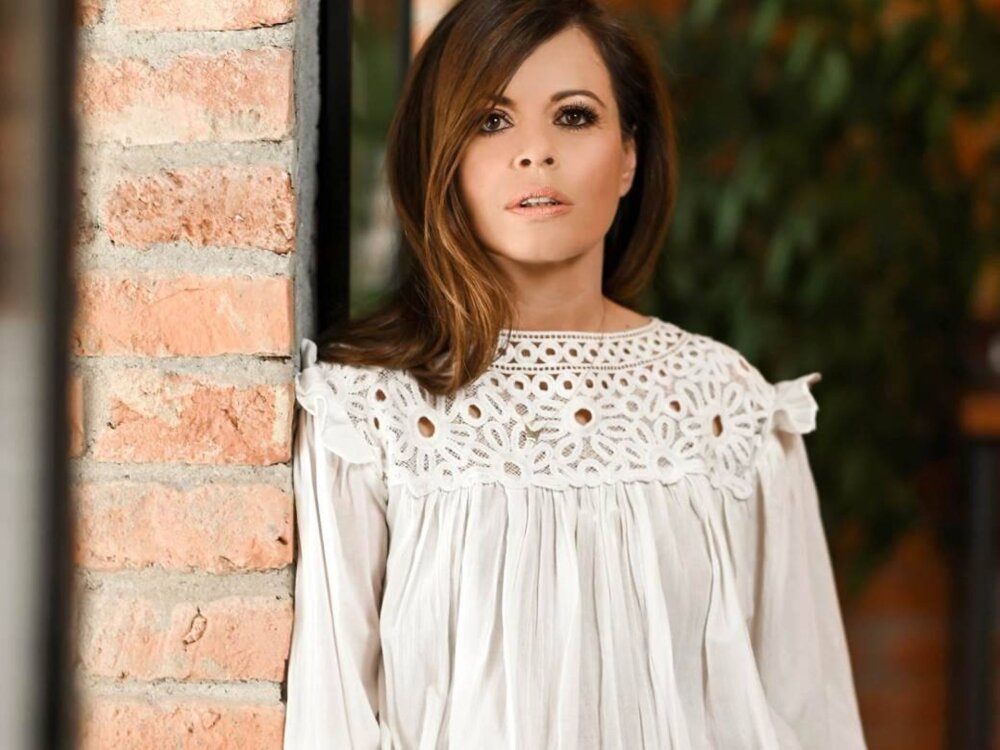 Lana Bedeković Rosandić is owner of independent advertising agency Alert in Croatia and Slovenia. Also, she is owner of specialised influencer agency Webfluential.

Lana is experienced advertising professional, working in communication more then 20 years. Before opening her own agency, she was Head of Brand planning in international agencies Publicis and Ogilvy & Mather. She graduated on University of Architecture in Zagreb and post graduated in Non-profit marketing. 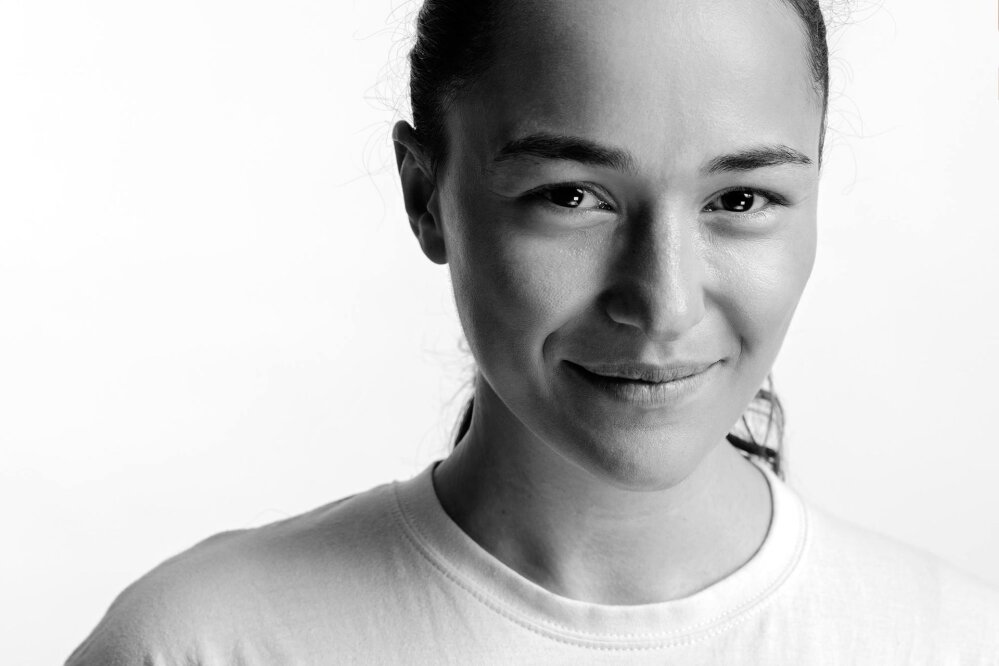 Eka Kipiani is a Creative Director at JWT Metro in Tbilisi, Georgia.

She has 15 years of experience from different agencies in Georgia.

Eka also teaches advertising and account planning in various schools in Georgia and she as been a judge at ADC*E, Kiaf and AdBlackSea competitions. 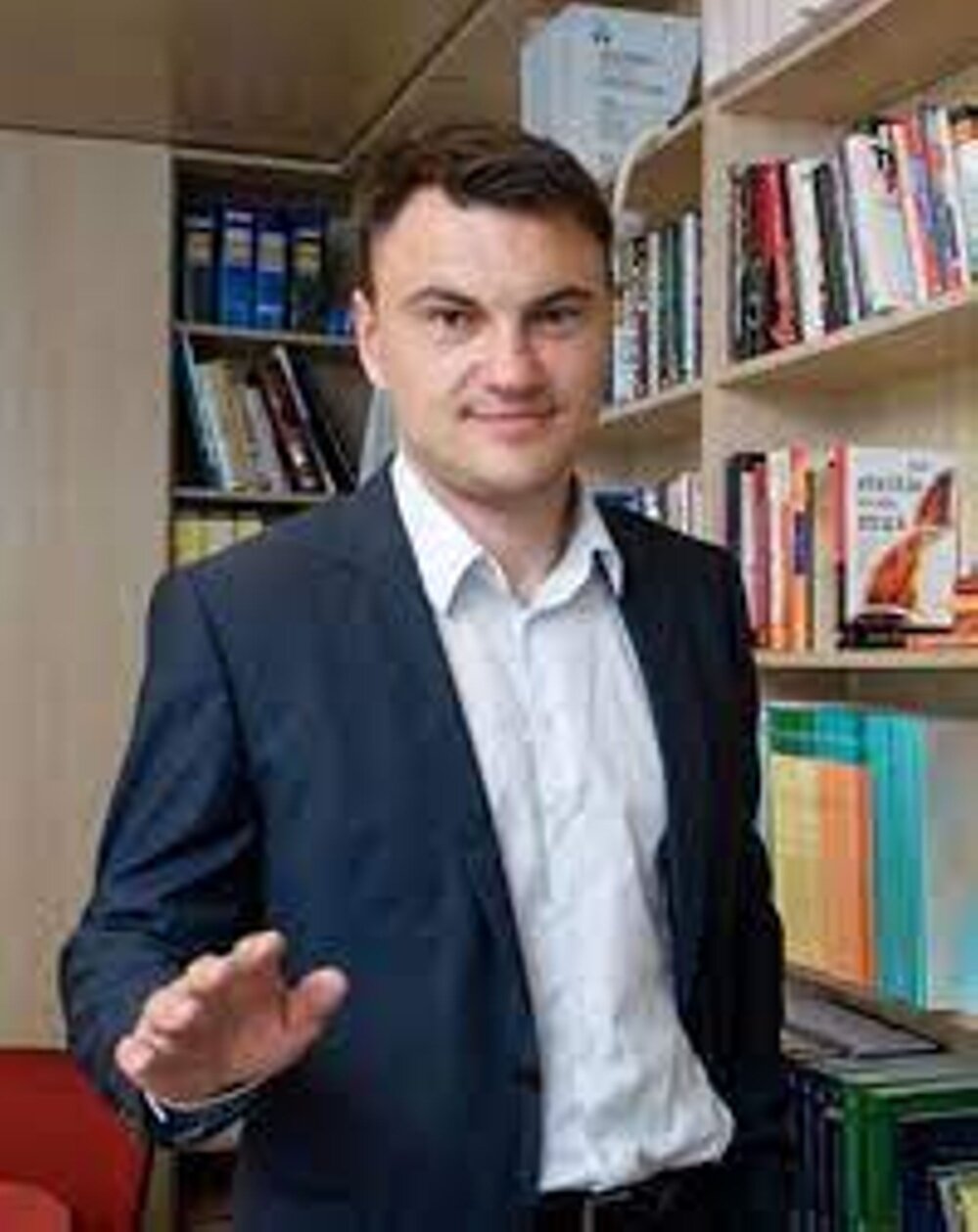 Ugnius Jankauskas is the CEO of Verslo Zinios, the leading B2B media company in Lithuania (part of Bonnier Group). He has been in the media business for over 10 years, before that he has worked in various management positions in FMCG companies (Reckitt Benckiser, Paulig) 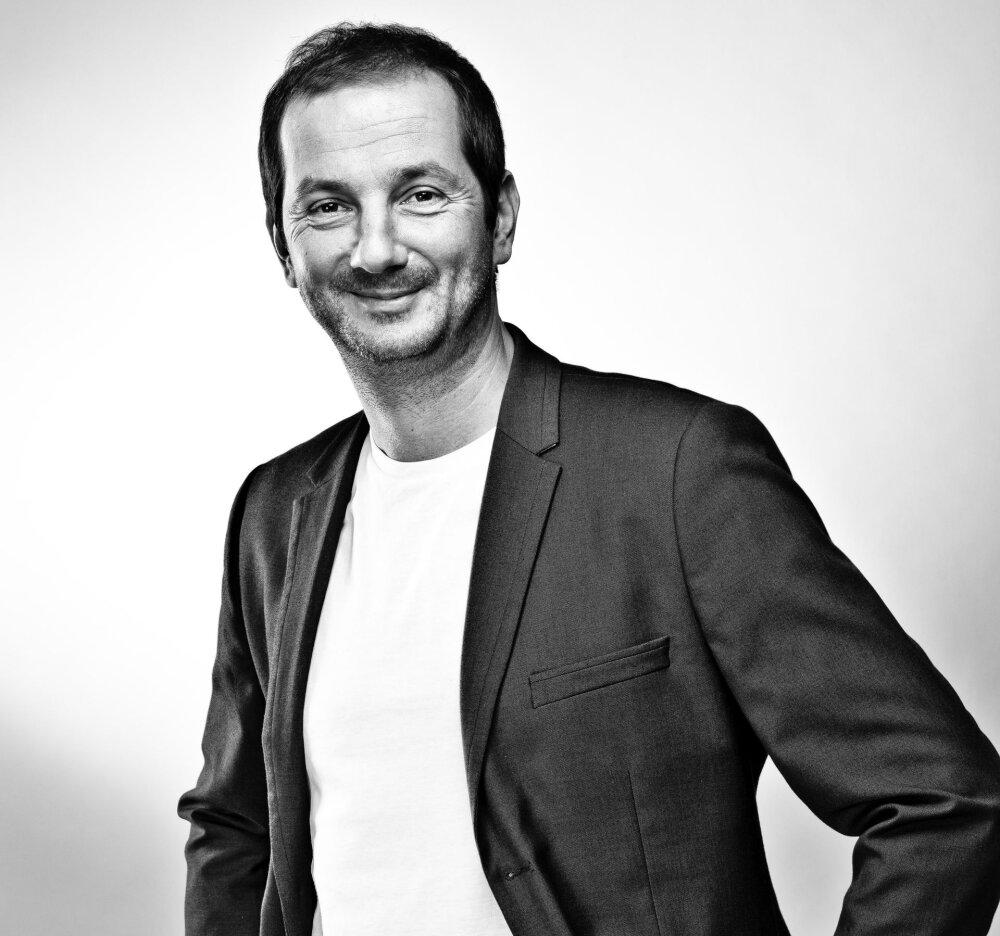 Zoran Gabrijan started as a film and art critic, but when the opportunity to work in an advertising agency was offered, he grabbed it with both hands. A few years later, he joined Futura, where he became a creative director. The list of his clients includes companies such as McDonald's, Peugeot, Zavarovalnica Triglav, Perutnina Ptuj, Radenska, Telekom, Krka, Spar, Belinka, Mlekarna Krepko, Vzajemna… In his career, he has won more than 80 domestic and more than 40 international awards, including Epica and the Golden Drum. 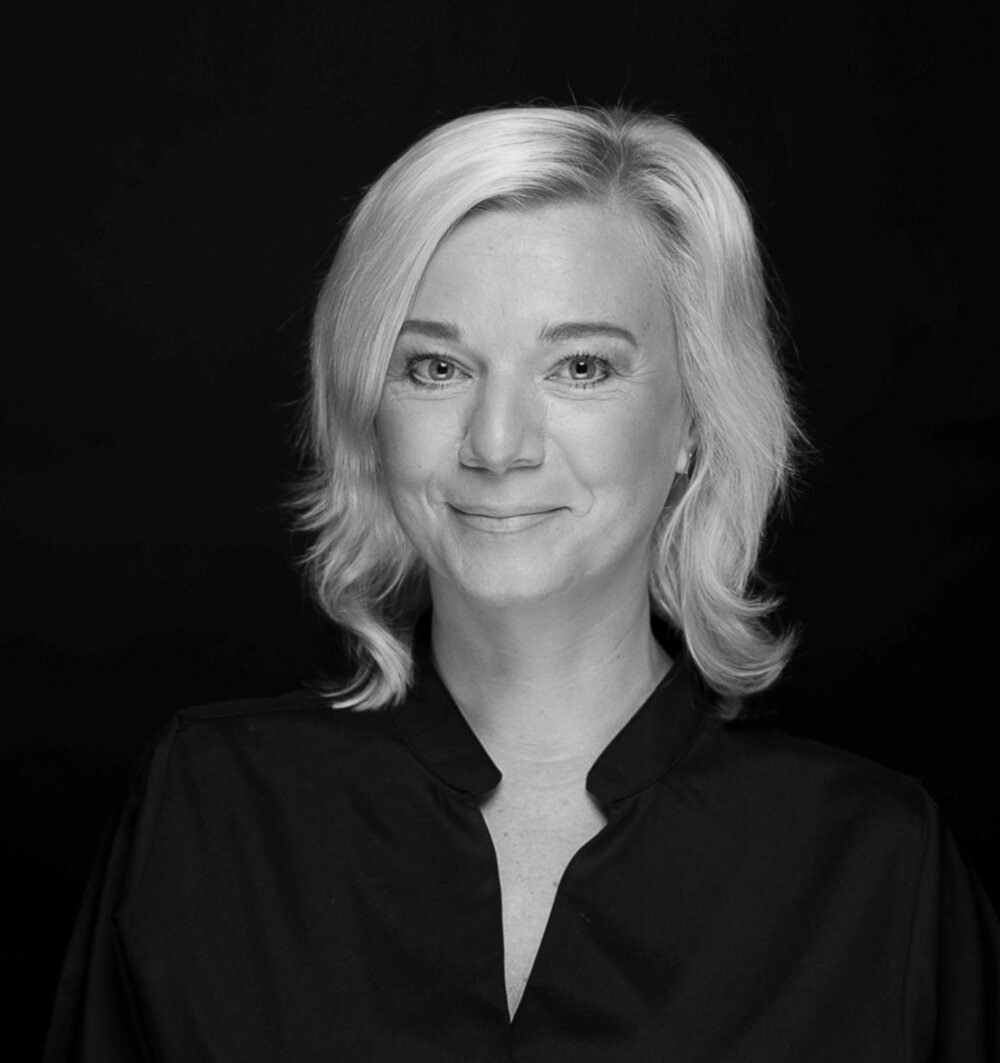 Kadi Abe is a Creative Director at Havas in Tallinn. Before, she has worked in various Estonian ad agencies (Tabasco, Division, Kontuur Leo Burnett) and also in Germany as an Art Director at EuroRSCG Düsseldorf

She has a diploma in Graphic Design and visual communication studies from Hochschule Niederrhein, Krefeld, Germany 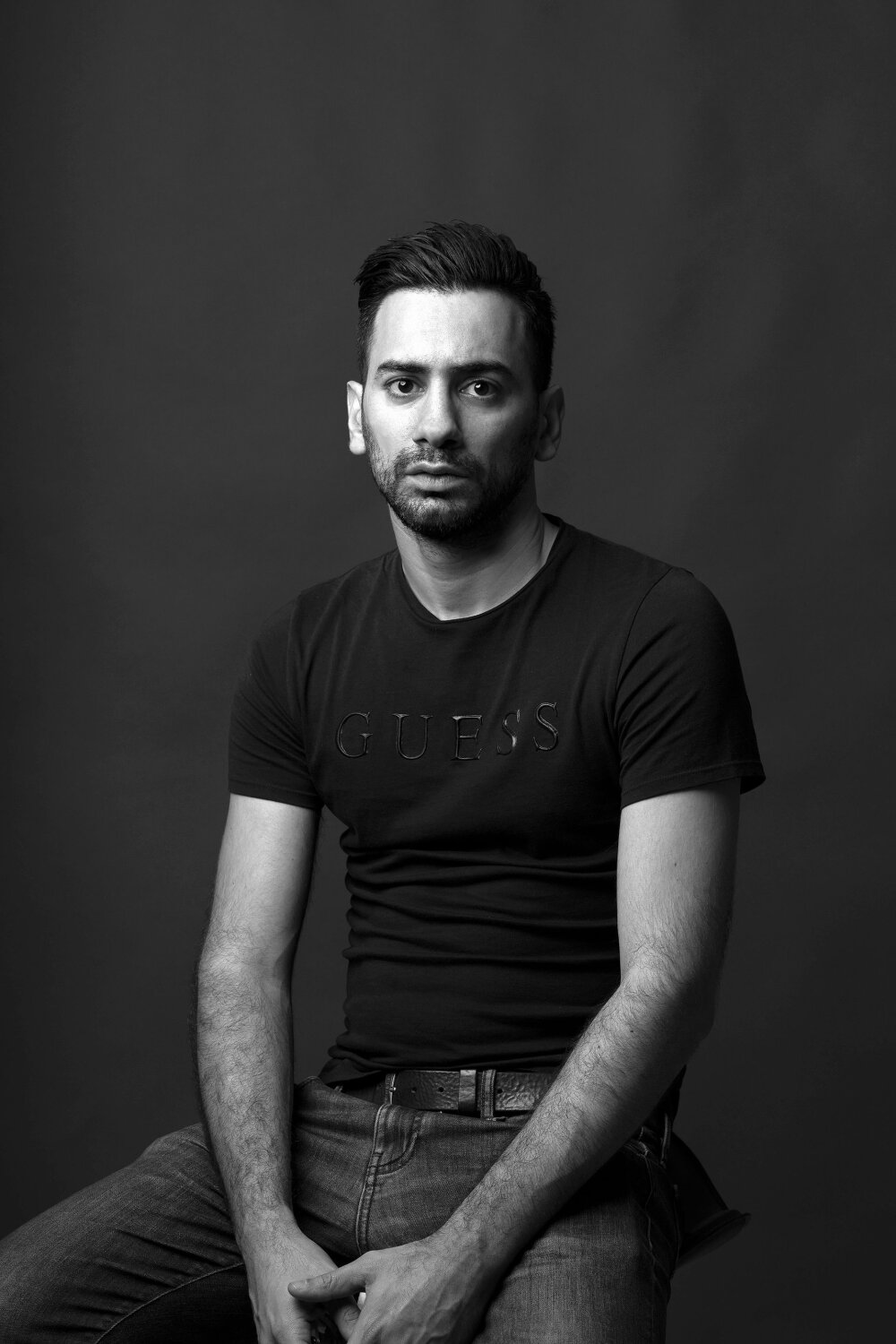 Richard Agius is TBWA\ANG’s Executive Creative Director from Malta. He has also won Gold at Balticbest. Richard has been going beast-mode on brands for nearly two decades now including internationally recognized McDonald’s, Toyota and Nissan. Richard considers himself a student and teacher of design, always learning new things, honing his skills faster than an F1 driver in pole position. Because of this relentless pursuit of greatness, some of his creative solutions have resulted in a multitude of award-winning pieces across all media, in virtually every industry. Aside from his managerial duties at the agency he currently oversees all of TBWA\ANG’s branding, creative projects, and manages a talented team of designers. 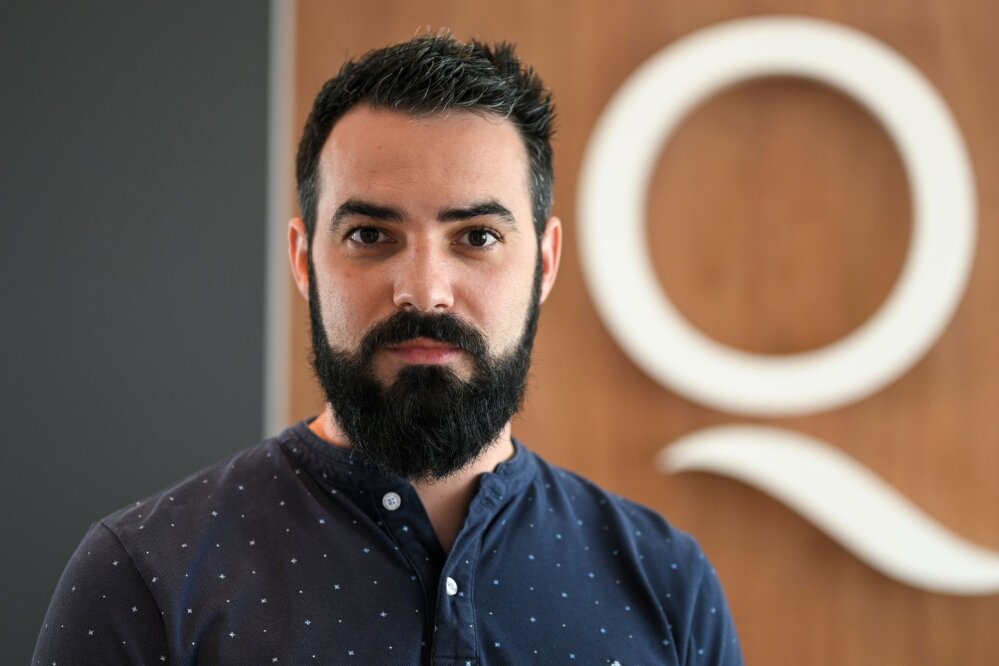 Igor Kalaba is a make-up artist from Bosnia & Herzegovina. He makes stuff up at the agency called Aquarius. An economist by education, a creative by birth. Currently wearing grown man’s shoes.

Born in 1990 as a small child. Tried to do stand-up once. Everyone laughed.

In the creative business since 2015. First as an underpaid freelance copywriter, then as a copywriter in his current agency. After that, somebody said it would be a good idea to make him Chief of Client Services. He thought it was a joke, but nobody laughed. 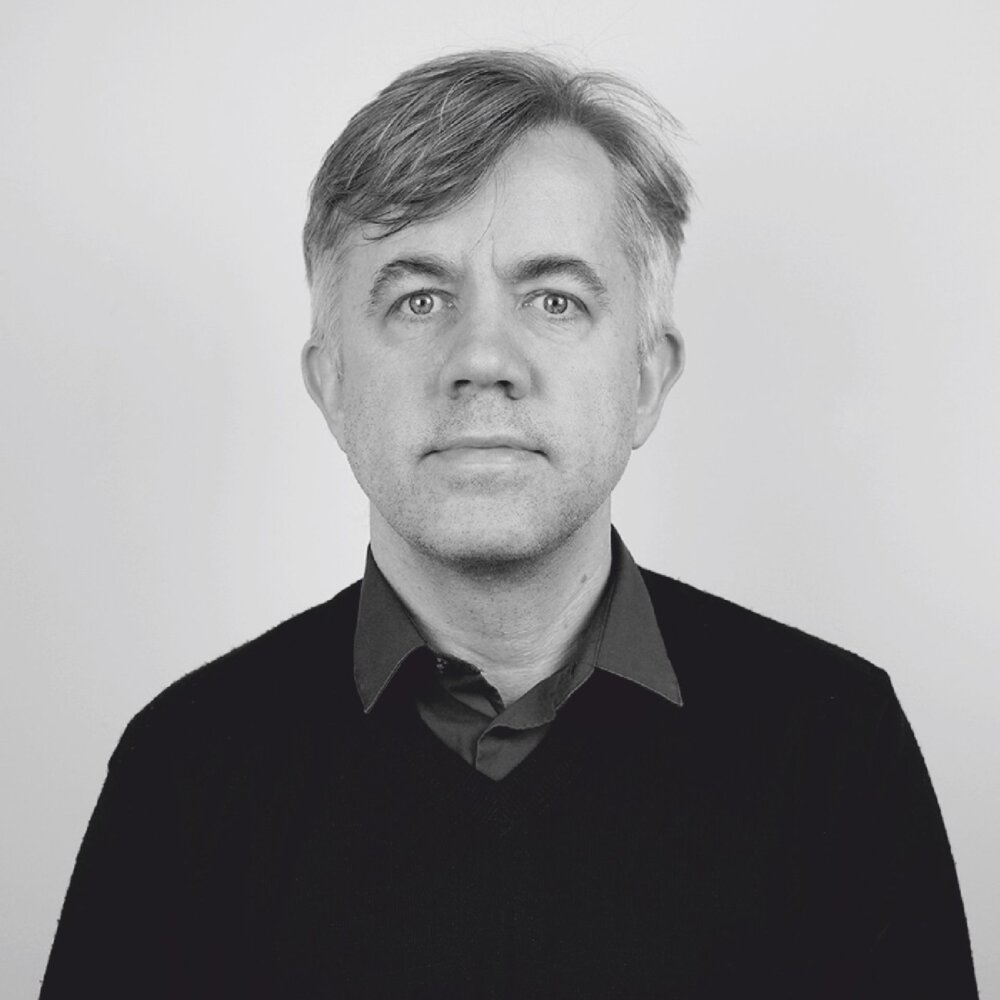 Vairis Strazds is a Creative Director of NORD DDB Riga. In the early 90s, Vairis started in the newly born advertising industry of Latvia as a person who can work with a Mac computer. In 2006 he became creative director of the advertising agency DDB and has worked with Swedbank, LMT, Circle K, LiveRiga and other big Latvian and international brands.

Vairis’ work have received numerous awards for creativity and effectiveness. He is a lecturer at the Latvian Art Directors Club School of Advertising. Vairis believes in efficient communication, based on the right practice of Creativity. 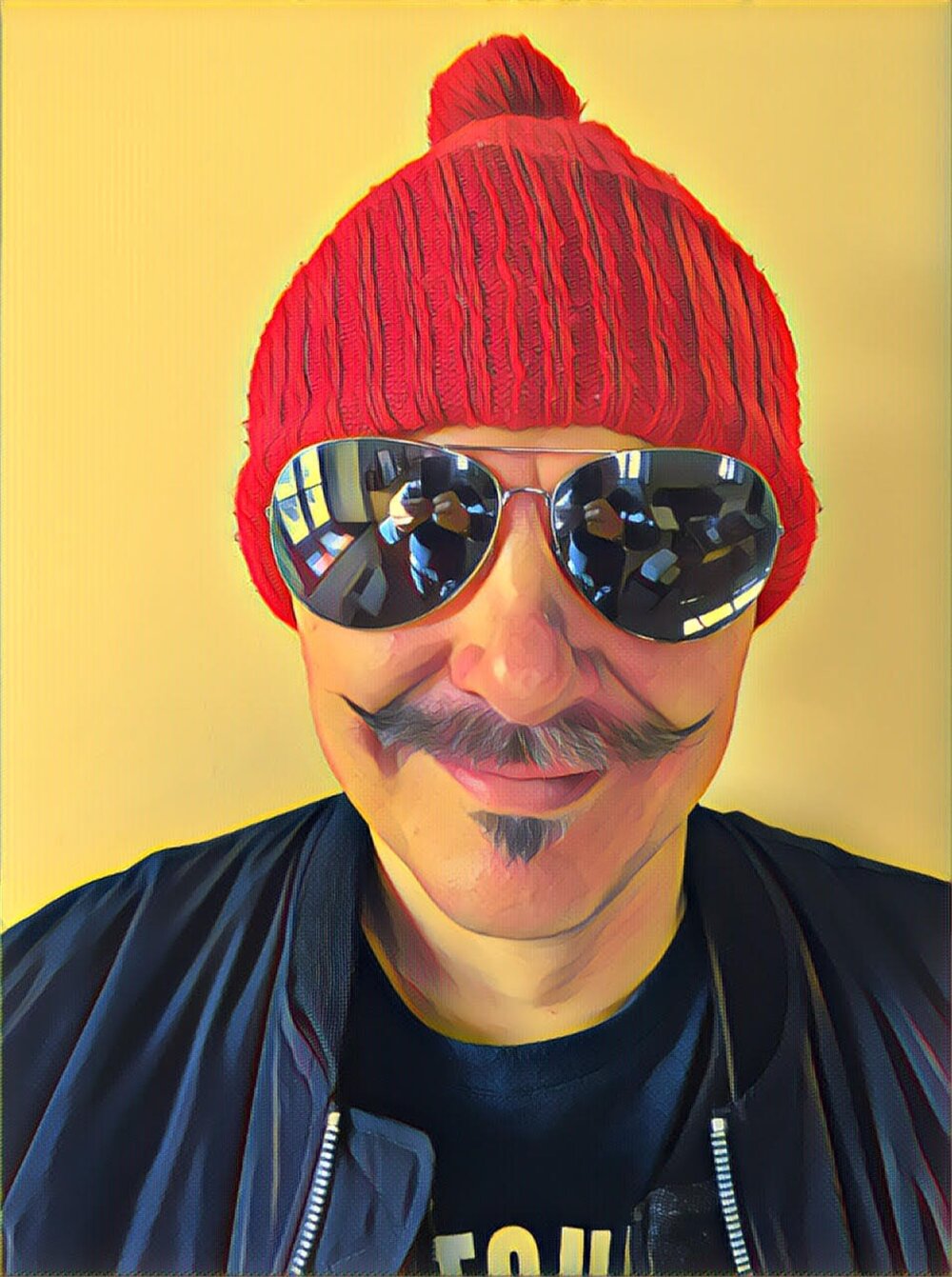 Strategy director at TRUTH., associate professor at Vilnius University, professional beer sommelier with London Beer Academy diploma and just a good guy with over 200 different brands work experience and awards from local festivals up to first Cannes Lion in Baltics. 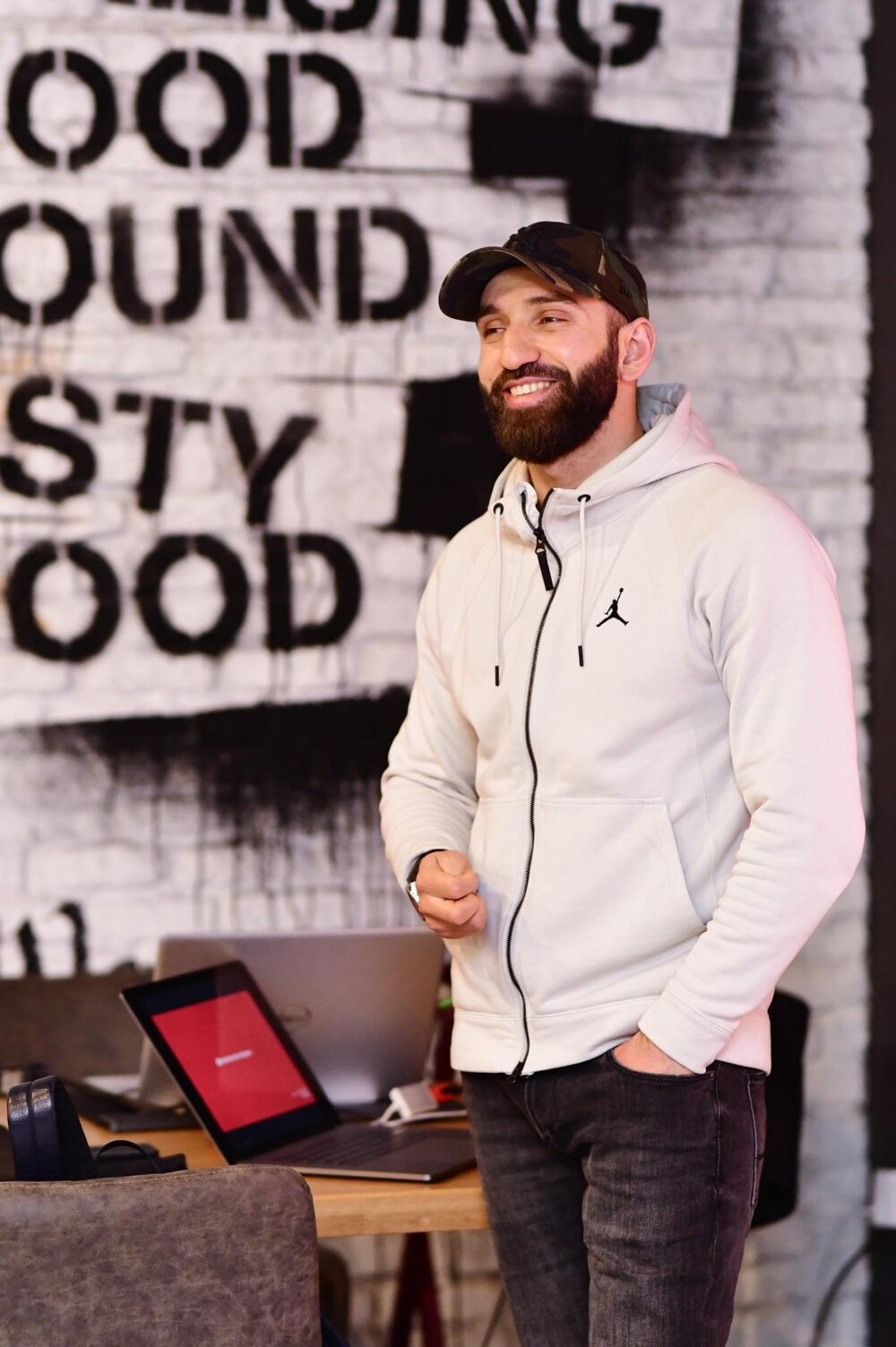 Hayk Simonyan is the Founder and CEO of Doping Creative Agency, the most awarded creative agency in Armenia. He has more than 10 years of experience in the field of advertising and communication. During these years Hayk has worked with big and successful brands in Armenia, Russia, Dubai and not only. He is also lecturing during many marketing & advertising classes in Armenia’s universities and business schools.

Since the day of foundation Hayk has supervised all strategic and business aspects of Doping. Besides the commercial projects, Doping is also known for its social campaigns and projects of public interest, which have brought the agency the recognition of Creative Agency of the Year, Grands Prix, and numerous other awards from international advertising and communication festivals, such as Red Apple, Red Jolbors, KIAF, White Square, Gerety Awards, Proba Awards and so on. Lately, Doping was also recognized as the Creative Agency of the Year in Armenia by TopFICE, the Ranking of Independent Award-Winning Agencies.

"Flirting with failure" is Hayk's all-time favorite motto, and he truly believes failures and mistakes are natural, and they are essential elements on the path to success. 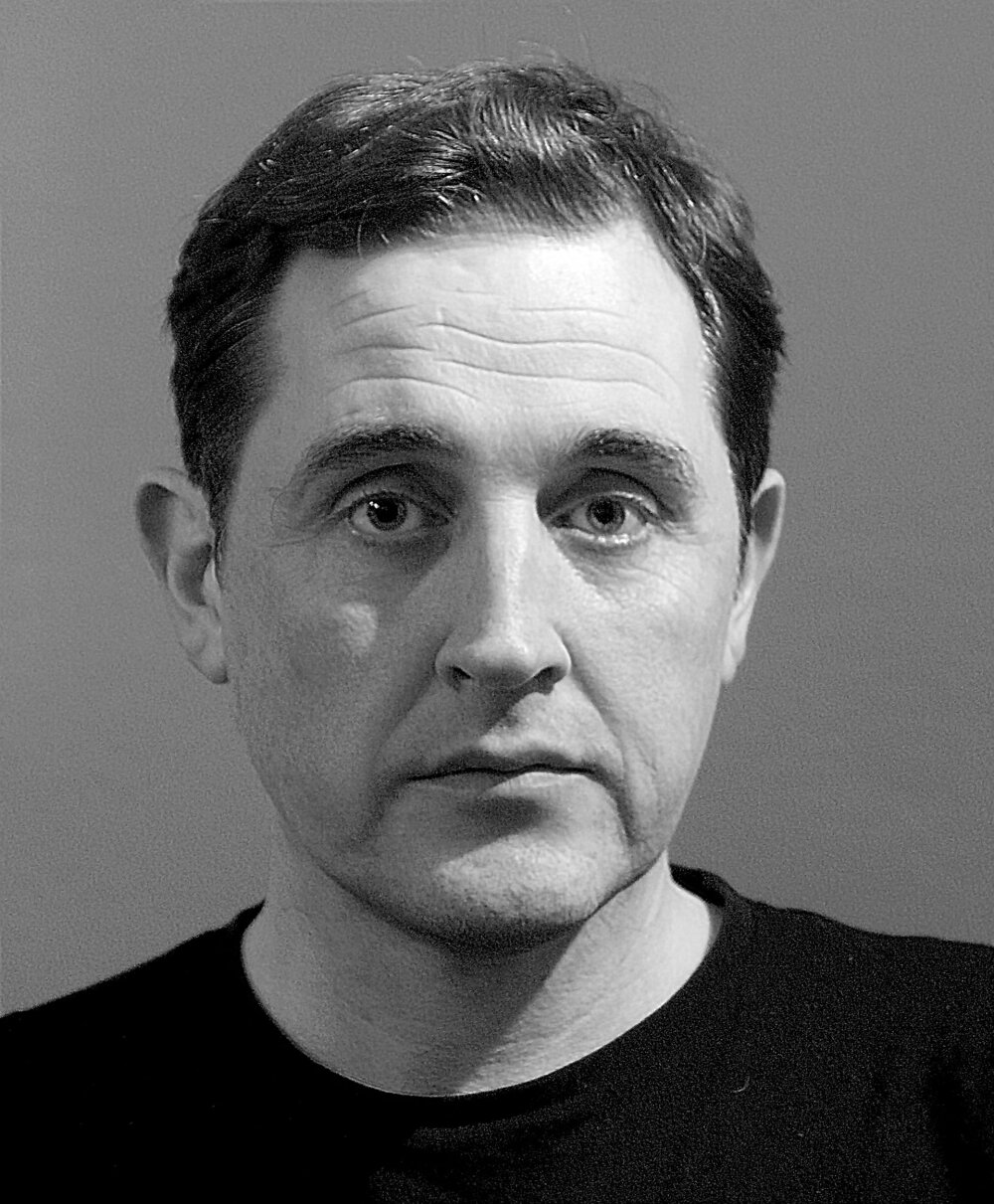 Haukur Már Hauksson is a partner at Pipar\TBWA, Iceland. He has been working in graphic design and advertising since 1996. He studied film and photography in the USA and graphic design in Iceland. 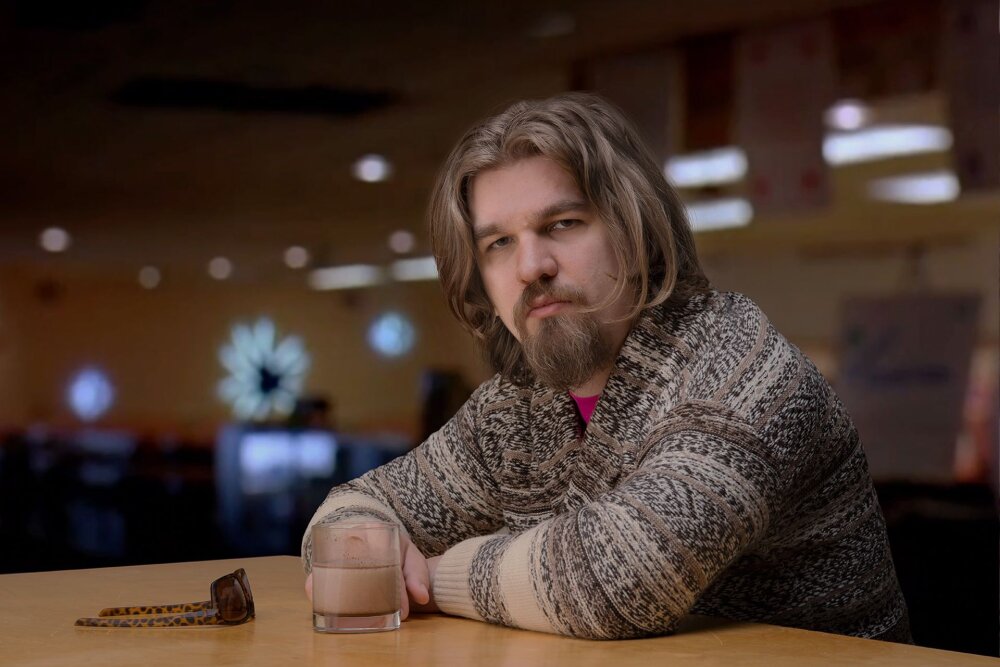 Andrey Tyukavkin is the Executive Creative Director of Publicis One Latvia. Before that, he has worked at Saatchi & Saatchi in Germany and at Publicis and Isobar agencies in Moscow.

Among many other awards, Publicis Latvia is the first agency from the ex-USSR territory to win the Gold award at D&AD.

The BalticBest 2021 competition opened today on June 1, and the deadline for submissions is August 12. The work of the BalticBest jury will be broadcasted live on August 25, where competitors will be able to see and hear the jury's comments on their work in real time.