Anxiety Meter can measure passers-by's anxiety with their permission. One-third of passers-by interacted with the ad 817 % longer than the DOOH average. The ones with the highest level of stress received a free preventive check-up. 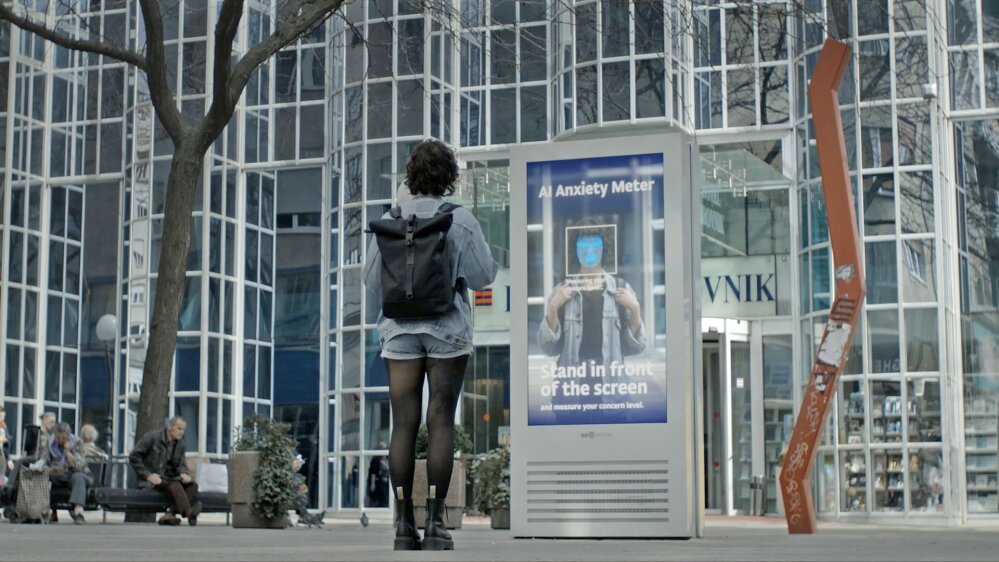 Croatia Insurance, Bruketa&Zinic&Grey and Go2Digital created the AI Anxiety Meter – digital citylight measuring anxiety levels of passers-by. AI Anxiety Meter campaign aimed to highlight dangers of long-term emotional stress and consequences of not taking care of mental health, especially as past 3 years have been some of the most stressful for Croatians. The country was struck by earthquakes and it ranked 8th in the world in Covid-19 deaths per capita. Furthermore, the recent conflict in Ukraine felt too close for a nation that endured some of the most gruesome wars in recent history. All this resulted in an alarming rise in mental health issues.

How anxious are Croats?

In the first year of the pandemic, global prevalence of anxiety increased by 25%, according to

WHO. Research on mental health in Croatia during the pandemic and after the earthquake shows that the population has become more anxious than before these events and worse off than other Europeans. It showed that 50% of Croatian population had noticeable levels of anxiety and 20% deal with strong or extremely strong anxiety, yet the topic is mostly ignored.

Increased levels of anxiety contribute to the development of mental health issues and chronic illnesses that consequently lead to a shorter life span which, for Croats, is already shorter than the European average.

Croatia Insurance and Bruketa&Zinic&Grey agency wanted to correlate the emotional state of Croatians with the level of health risk they were facing and offer them a personalized solution, in real-time.

They partnered up with Go2Digital and created Ai Anxiety Meter. They used cameras in existing digital DOOH locations and paired them with the use of AI-based mood recognition algorithms that were able to perform facial coding and measure anxiety levels of passers-by.

As passers-by would walk past, the screen invited them to participate. The users would stand in front of the screen, give their consent by waiting 5 seconds for the application to screen their face and show them their level of concern which would be automatically measured and displayed. Depending on the result, a dynamic personalized message would have been displayed.

Those with the highest levels were directed to a free preventive check-up, while those with lower levels received messaging around the importance of Health Insurance.

They showed that an encounter with an ad could help you live a healthier life.Instead of people watching commercials, commercials now watched them back, for a greater good – their mental health.

“As far as we know this was the first ever DOOH campaign that focused on measuring anxiety, the hardest emotional state to detect. We developed a system that could identify anxiety and measure it in live video, becoming the first brand in the world to run a real-time programmatic campaign based on anxiety.”

Campaign rolled out in three stages

First, they ran a network test of the algorithm, selecting locations with high pedestrian traffic, and with the highest levels of detected anxiety among those pedestrians.

Second, their test flight ran across 14 screens in the Croatian capital Zagreb, to prove that the personalized real-time ads would result in an increase in website traffic and preventive check-up bookings in the Croatia Insurance Polyclinic.

Third, while TV, digital and OOH ran nationwide, they expanded the reach of the DOOH campaign to cover the three largest cities in Croatia.

The average interaction with the ad was measured at 18.8”, which exceeded the average dwell time around a DOOH ad by 817%.

Even though the campaign is over, the AI Anxiety Meter will continue to live in the Croatia Insurance mobile app – freely available to everyone who needs it.