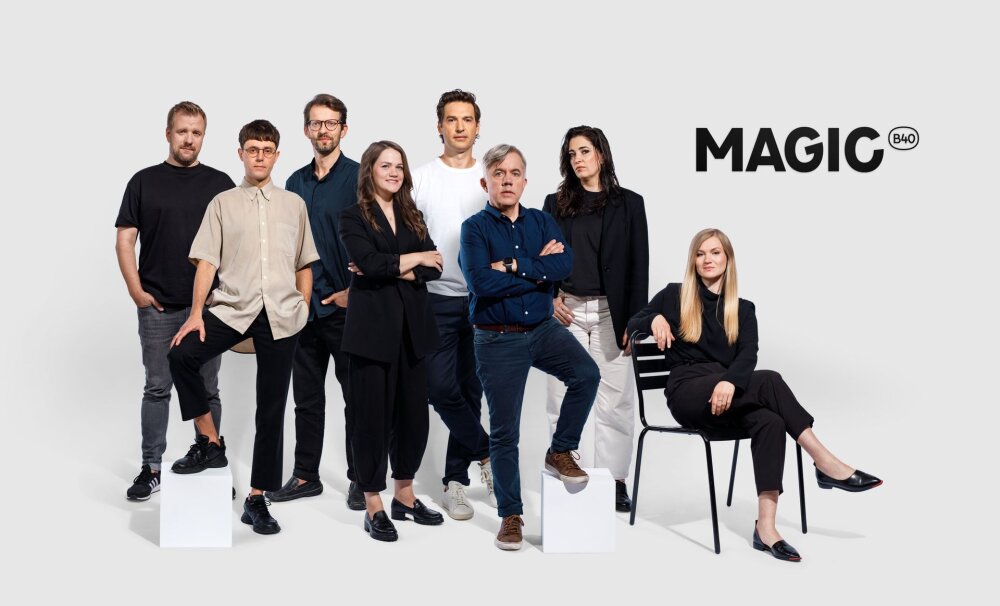 "After several years of active engagement with the Nordic agencies network NORD, we have gained very valuable experience from our Scandinavian partners. Several new methods have been introduced and advanced tools have been adapted, which have given fresh energy to both us and the industry as a whole. However, after 3 years of cooperation, the market has made it abundantly clear that the Scandinavian and Baltic markets in the marketing and advertising industry each live in their ecosystem, and the opportunities for joint projects are limited. Therefore, after evaluating different possible cooperation models, the decision was made to create our own brand - MAGIC - and to develop an integrated group of partner agencies "B40" to strengthen our leadership positions in the Baltic market and to continue expanding our work to the export markets. At a time when the value of independence is often discussed, this step will allow the Latvian partner team to freely develop the company regionally, bringing Latvia's name to the world. We take with us our ambitions and conviction that creativity is the strongest weapon for business growth," says Andris Rubīns, CEO of MAGIC.

The creative agency MAGIC was founded 27 years ago, initially under the name Brand Sellers DDB, as the first agency in Latvia created by a global advertising agencies network. Its Co-founder and Managing Director was Edgars Skulte, who laid the foundations for several other leading Latvian communication agencies of today. In 2006, the management reins of the agency were taken over by its current CEO Andris Rubīns, under whose leadership MAGIC became the largest creative agency in Latvia. Today, the MAGIC team consists of 45 people, and a total of 80 people work in the B40 group of integrated partner agencies. Since 2004, MAGIC has been carrying out a major brand study BrandCapital and publishing the Baltic Brand Ranking, which is considered one of the most important measurements of brand results in the Baltics.

When telling the story of the creation of the name for the agency, Anna Celmiņa, Strategic Director of MAGIC, says that the agency’s new name is not random. "In an era of attention deficit and overall noise, brands need to find their magical element and unique tone of voice. We also believe that there is something unique and magical in every person, product and organization to be interesting to someone else.”

MAGIC has received several hundred local and international prestigious industry awards, including bringing Latvia the first Gold at the European Marketing Efficiency Festival EuroEFFIE. Similarly, MAGIC is the first and still the only Latvian agency that has been recognized as the Baltic agency of the year several times (in 2018 and 2019) in the agency rating created by Best Marketing. In 2019, MAGIC received the award of the President of Latvia and LDDK as the Best Employer in the Professional Services Sector. MAGIC has long been the largest taxpayer in the industry. In 2019, the short film series "Insider's guide to Riga" produced by MAGIC won the prestigious Grand Prix CIFFT 2019 award for the best tourism film in the world.